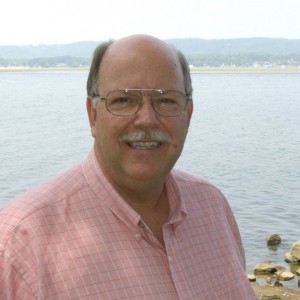 Much thanks to Chris for the invite to talk about my passion…
photography! Oh, wait, they call it “blogging” now… shows you how
old and computer illiterate I am! Anyway, I started my photography way
back when film was all there was. My father had an old Brownie Hawkeye
camera that took size 126 film. It always amazed me what came out of
that thing, so when Dad told Mom he was going to put it on the shelf
as it was old, I asked if I could have it. He gave it to me and
nothing was safe from being photographed  from that day on.

I think I about wore the thing to a frazzle before the new smaller
“Insta-matic” cameras came out. I bought one and continued learning by
doing. I ran through three of those things before joining the Navy and
seeing the world. I became the recipient of a most wonderful and sad
event while visiting friends in Boston one summer weekend. We were
visiting Quincy Marketplace and were having a great time looking at
history and enjoying all the new and tasty treats of New England. We
sat down on a bench in the middle of the square to rest for a few
minutes while eating ice cream. I happened to look down beside the
bench and just under it was a 35 mm camera, just laying there. I
picked it up and saw that it was loaded with film and several shoots
had been used. So to keep someone else from walking off with this
valuable camera, my friends and I sat on the bench for almost an hour
waiting for someone to come by looking for the camera. My friend
Charles knew one of the Boston Police, so he called him and he just
happened to be in the area and came by. We explained the situation and
the amount of time we had sat there. He said that surely if someone
were serious about recovering their camera, they would have come back
by now. We offered him the camera and he said there was no need to
give it to him as it would go down to the security office of the
Quincy Square security and after a day or two, it would go home with
some one. Since we had already waited almost two hours by now with no
one coming by, he suggested that I simply claim it. So that was how I
came by my first 35 mm camera! I was saddened at someone’s loss, but
so excited at my find. It was a bear getting information about how to
operate this camera as there was no internet in those days, so much of
it was my trial and error! But researching the library and talking to
other 35mm owners, I became fairly proficient with the camera.

The Konica TC3 served me mightily thorough my eight years of Naval
Service, going around the world and making wonderful pictures. All I
had was the 50mm lens that was standard with the camera. Only some 10
years later did I purchase a 70-205mm zoom lens. That came to be my
favorite lens. A few years later I was given my second 35mm camera as
a gift. It was a Konica TC3 PRO… updated and with some automatic
settings… that was wonderful! I didn’t have to set everything on
that one, just set the shutter speed and the camera did the rest,
short of the focus… that was my part! Both cameras served me well
for many years.

Then it happened, I was shooting a wedding in 2001 and my TC3 Pro
failed… the light sensing device would no longer work, so I finished
the wedding with the older camera. I took the camera to the repair
shop and was told that parts were no longer available for either of my
cameras, but I might luck out by sending the broken one to Atlanta,
but it was a long shot. I mourned the loss of my TC3 Pro deeply. With
only one working camera, I retired from weddings and honestly I was
ready to retire… it’s tough work shooting weddings and sometimes you
get a “bridezilla”. I still went out with my old Konica and shot the
things I always enjoy… nature is always fascinating and sometimes
just overwhelms you with beauty.

In late 2002, I decided that I would dabble in digital photography,
the price of digital cameras had come down nicely and I felt I could
afford one, so I ordered a Sony S85, 5 megapixel camera. At that time,
5 mp was the best one you could get!  It was much easier learning how
to use that one as it had a very good owners manual, so it wasn’t long
before I was playing with digital. I very soon realized that I loved
the instant gratification one gets shooting digital and was hooked. I
retired the old TC3 to a cool dry place as it might be needed in the
future. Well, today the TC3 is in a plastic bag to protected up in the
attic. I now have three digital cameras and love it! I’m still
impressed with the instant gratification one gets when using digital.

One of the old habits I find with my generation of photographers is we
tend to not shoot a bunch of pictures… it was expensive to process
and print photos that were not good when we were using film…
blurred, or improper light setting/shutter speeds. With digital, there
is no cost of processing or printing (viewing on the screen) so take a
bunch of pictures, they are easy to delete and don’t cost anything!
Another thing I have found over the years is for every 100 shots you
shoot, 3 to 4 are all that will be in the “keeper” category,  the rest
will be ho-hum, so go and shoot, shoot, shoot those  pictures, you
will be surprised. Besides, getting out with nature is always good for
the mind and soul!

And for the special folks follow Chris’ blog, the next link is a file
of my recent trip to Mexico. These photos have not yet been processed
for the main webpage, so enjoy!

NOTE: it will take a moment for this to load… then enjoy!

This entry was posted in Main, too. My Quirky Quilting acQuaintances. Bookmark the permalink.

Bad Behavior has blocked 1075 access attempts in the last 7 days.